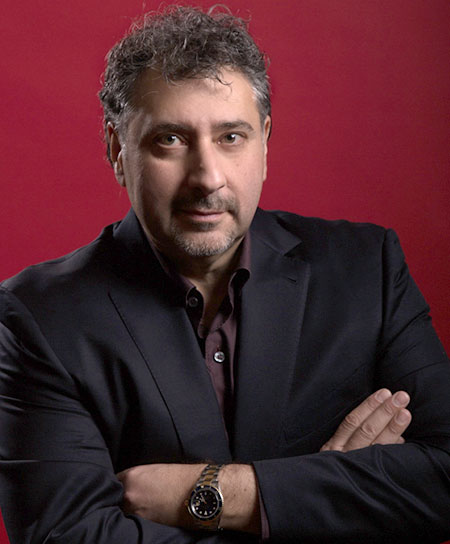 Anthony Giannotti is a senior partner of Beluli Giannotti LLP in Windsor Ontario a firm he started in March 2009 together with Dimitry (Jim) Beluli. He is a member of the Ontario Trial Lawyers Association, The Advocates Society, and the Essex Law Association, and The Writer’s Guild of Canada.

Anthony Giannotti has been certified by the Law Society of Upper Canada as being a Specialist in Civil Litigation and he has maintained this prestigious designation since 2004. Certified Specialists such as Anthony Giannotti have achieved unparalleled expertise and standards.

According to the Law Society of Upper Canada:

Anthony Giannotti is certified by the Law Society of Upper Canada as a Specialist in Civil Litigation.

Anthony Giannotti has attained the following Degrees and Designations:

He has been an invited guest lecturer and presenter for associations such as the Law Society of Upper Canada, The Advocates Society, the University of Windsor Civil Trial Advocacy Course, and the Ontario Trial Lawyers Association (2006 Fall Conference, 2008 Spring Conference).  He has also taught the Bar Admission Course Civil Litigation Section for the Law Society of Upper Canada.

In 2005, Anthony Giannotti pushed the envelope of Tort Law and in particular the area of Nervous Shock/Product Liability when he successfully sued international water company Culligan, for damages resulting from the existence of a fly in a bottle of water where his client suffered a severe psychiatric reaction;

The case was heard by the Court of Appeal for Ontario as well as the Supreme Court of Canada.

In 2005 Anthony Giannotti again pushed the envelope in the area of Employment and Wrongful Dismissal Law when he obtained a Judgment against an international company, Flex N Gate, for damages resulting from Wrongful Dismissal of his client.  The Judgment was unique in that both Punitive and Aggravated Damages were awarded in a wrongful dismissal case in addition to Damages awarded pursuant to the principles in the Supreme Court of Canada decision in Wallace v. United Grain Growers Ltd.;  The case has since gone on to become a precedent for other courts.

Prior to becoming a lawyer, Anthony Giannotti worked as a high school teacher for the Windsor Roman Catholic Separate School Board for 2 years.

Anthony Giannotti has a separate and distinct career which he maintains in addition to his illustrious law practice. Prior to entering law, Anthony Giannotti became an accomplished musician and has performed professionally for over 35 years.  His is a multi-instrumentalist focusing on electric and classical guitar, piano, and vocals.

He has been a member of The Society of Authors, Composers, and Music Publishers of Canada (Socan) since 1987 and continues to be active in the entertainment industry.   He is a guitarist, singer, songwriter and musician of the highest caliber who funded his education through his performances.  He has written and recorded numerous songs and in particular wrote and recorded the commercial for The Canadian Cystic Fibrosis Foundation called “The Breath of Life”.

Anthony Giannotti is also the President of Calabrese Productions Inc. based in Ontario, Canada which promotes and produces live acts in North America.

Anthony Giannotti was chosen by Neal Schon of the rock super groups JOURNEY and SANTANA to write a Biographical book of the famed guitarist (and Santana guitarist).

Anthony Giannotti is also a member of the esteemed Writer’s Guild of Canada.  He is under contract with the prestigious film company and distributor Equinoxe Films of Montreal Canada for the production of film and television series.

Guitars and Cars: The Passions of Neal Schon (Hong Kong The Quail Magazine 2014)

Feature article on Journey and Santana Guitar virtuoso Neal Schon.  Article is published in high-end magazine by the Pennisula Hotel and is placed in 15,000 Pennisula Hotel rooms and suites 365 days per year;

The Only Authorized Biography of Neal Schon

Overview of the Mustapha vs. Culligan case written and delivered by the Trial Lawyer on the case detailing the legal impact of the case on the Canadian Law.

Leading trial lawyer, Anthony Giannotti, provides a detailed analysis of the state of the Law in Canada on the Tort of Nervous Shock for the members of the Ontario Trial Lawyers Association.

The following are reported precedent setting cases in which Anthony Giannotti has acted as counsel: